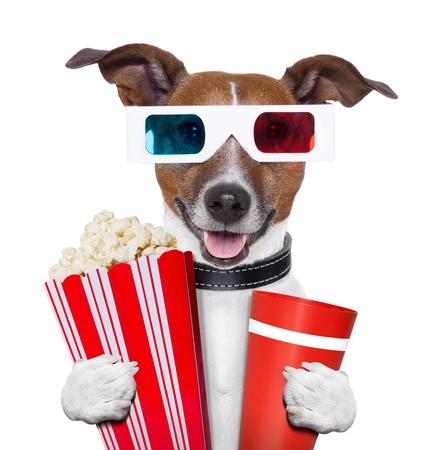 Many times what we see on TV is what we want. This is exactly why many people choose a certain breed of dog.

Those well trained dogs on popular TV shows make us believe we will have that dog someday. The truth is to have a dog like that you will need to put a lot of work and training into your dog.

It is not an unobtainable goal but you should start with a realist view on what you have time to train your new pup to do. Now let’s sit back and reminisce about the famous dogs through history.

Lassie– This well trained collie is known for helping little Timmy stay out of trouble and was always a whistle away.

Snoopy– From the land who adults don’t really have a voice, this lovable cartoon character is a huge hit with the Peanuts crew.

Beethoven– Big St. Bernard’s became extremely popular after this movie hit the big screen. Beethoven even had sequels to keep his fan base growing.

Eddie– This pint sized Jack Russell Terrier was a hit on the set of Frasier.

Old Yeller– This tragic story about a dog protecting a family just to meet his untimely demise. There wasn’t a dry eye in the theater when Travis had to put his best pal down to rest.

Scooby Doo– I bet you are singing his popular theme song in your head right now. This ghost hunting dog was always on the run.

Brian Griffin– This popular cartoon character turns heads with his human abilities but remember- he is a cartoon, and he is still just a dog!

Toto– Helped Dorothy down the yellow brick road. Without this little pooch there simply wouldn’t have been a story!

Taco Bell Chihuahua– This breed became huge after the very successful commercials from Taco Bell. But why did a dog want a chalupa? Dogs aren’t supposed to have that food.

Clifford– Your children will always know this big red dog, never fits in but always has his friends; human and dogs.